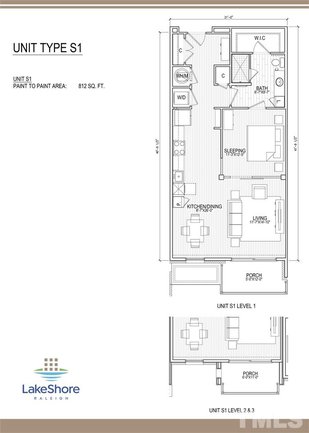 What You'll Love About Raleigh

From food truck rodeos to outdoor movie nights, there is always something happening in Downtown Raleigh.

Raleigh is a Spectacular Place to Live

Raleigh residents are proud of where they live. As North Carolina's capital city, Raleigh is home to the state government, prestigious public and private universities, and a thriving job market. A vibrant downtown, rich local culture, top-rated schools, and desirable neighborhoods make this city a top choice among home buyers. It's no wonder that Raleigh ranks among the best cities for jobs, best cities for foodies, and best places to live.

The City for Any Adventurer

If the great outdoors is calling, you don't have to leave Raleigh to answer it. Raleigh is filled with parks and greenway trails, ranging from scenic gardens (think Fred Fletcher Park and the JC Raulston Arboretum) to wide wooded spaces (such as Lake Johnson and William B. Umstead State Park). The City of Raleigh maintains more than 100 miles of greenway trails throughout its Capital Area Greenway system, including the Neuse River Trail, which connects Raleigh hikers with the 1,150-mile Mountains-to-Sea Trail. On the summer days when the water is calling, you can visit nearby Falls Lake or Jordan Lake for swimming, boating, and camping.

Rich in History and Culture

There is always something fun to do in Raleigh. Spend a Saturday exploring Fayetteville Street in Downtown Raleigh, which often features music festivals, food trucks, outdoor movies, and parades. Take a tour of the State Capitol or the North Carolina Museum of History for a glimpse of Raleigh's local and national importance. Experience a fast-paced sporting event at NC State University's Carter-Finley Stadium or watch the Hurricanes take on their opponents at PNC Arena. Don't forget to shop at Crabtree Valley Mall, Triangle Town Center, North Hills, or Cameron Village. The list of adventures you can have in Raleigh is endless.

Want more ways to find your dream home in Holly Springs? Save your searches, save your favorite properties, and sign up for email updates with a Property Organizer account.

It takes the right real estate agent to help you find the perfect home and community. Let me help you find your favorite place to live in Raleigh. If you're ready to explore available homes in this small, desirable town, call me at 919-422-3794.

Inside Wade
The data relating to real estate for sale on this website comes in part from the IDX© Program of the Triangle Multiple Listing Services, Inc. of Cary. Real estate listings held by brokerage firms other than Allen Tate are marked with the IDX© logo or the IDX© thumbnail logo

and the detailed information about them includes the name of the listing brokers.
The listing broker has attempted to offer accurate data, but buyers are advised to confirm all items.
This data was last updated on: 01/29/20 01:29 PM. A full data refresh was last performed on: 01/27/20 05:56 PM.
** Information deemed reliable but not guaranteed ** Closed (sold) listings may have been listed and/or sold by a real estate firm other than the firm(s) featured on this website. Closed data is not available until the sale of the property is recorded in the MLS. Home sale data is not an appraisal, CMA, competitive or comparative market analysis, or home valuation of any property.
Copyright © 2020 Triangle MLS, Inc. of North Carolina. All rights reserved.